Everything in the world can be influenced. Especially people and their decisions. Not only thanks to the shared opinions of others or today's wide range of choices, but also thanks to important external factors and perceptions. Beside smell or taste, we can talk about another sens- hearing. Songoroo also builds on this and proves that music has a significant influence on our (not only) shopping behavior.

You may not know it, but background music begins as early as 1920, when general George Squires patented a complicated process of transferring music over an electric cable. The first place to play music? Guess what. Yes, elevators. It was played in skyscrapers to reassure people, as the elevators were something new and unknown. It also helped those who have a problem with heights.

According to an Australian study published in the Journal of Retailing, they took a test on students who ate. They divided them into four groups and placed them into individual rooms. The first group was listening to original American music, the second to Chinese songs and the third listened to Indian melodies. The fourth group was just a control, they didn’t listen to any music. The result? Brutal.

While students without the influence of music overwhelmingly opted for American dishes, up to half of those who listened to Indian or Chinese melodies opted for dishes that match the type of music that played them. Each group also remembered the food better according to the country from which the music was played. 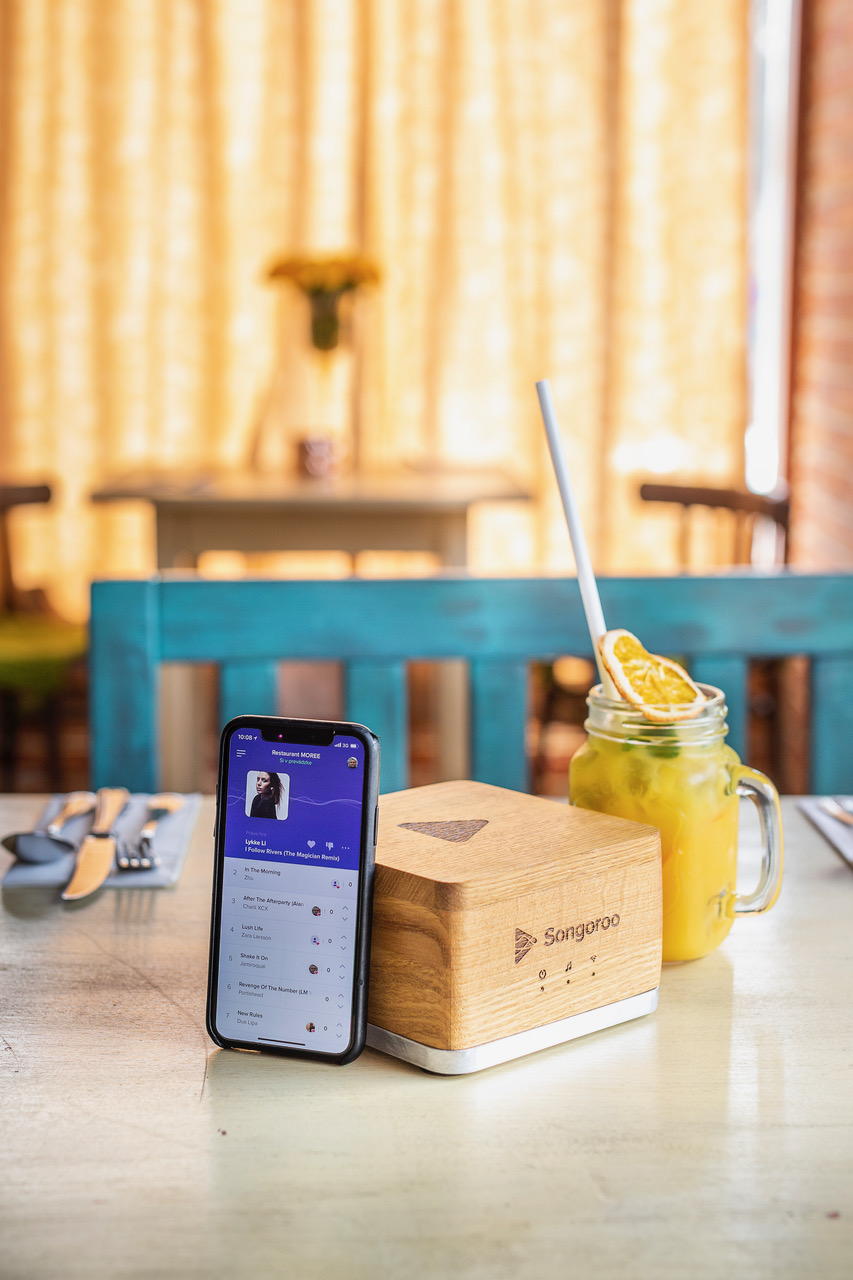 A large number of businesses and companies are starting to use this inconspicuous subconscious advertising. Gastronomy and hospitality is not the only segment in which companies use music to influence the purchase of their customers. Businesses are increasingly focused on pace and volume, which play an important role in this part of marketing.

With slow music (below 75 bpm), customers spend more money in the store, as they move more slowly and have the feeling of having more time to look at individual goods. The longer customers are with you, the more likely they are to buy more.

Last but not least, you can differentiate yourself from your competitors through music. With Songoroo you can set up a special playlist precisely created for your business. On top of that, over time you can ask Songoroo for “a top up” of new songs and constantly surprise your customers.

Playing music from YouTube or Spotify in restaurants, cafes and bars

Playlist customised to your clients

Can well chosen music create a positive bond between the brand and its customers?